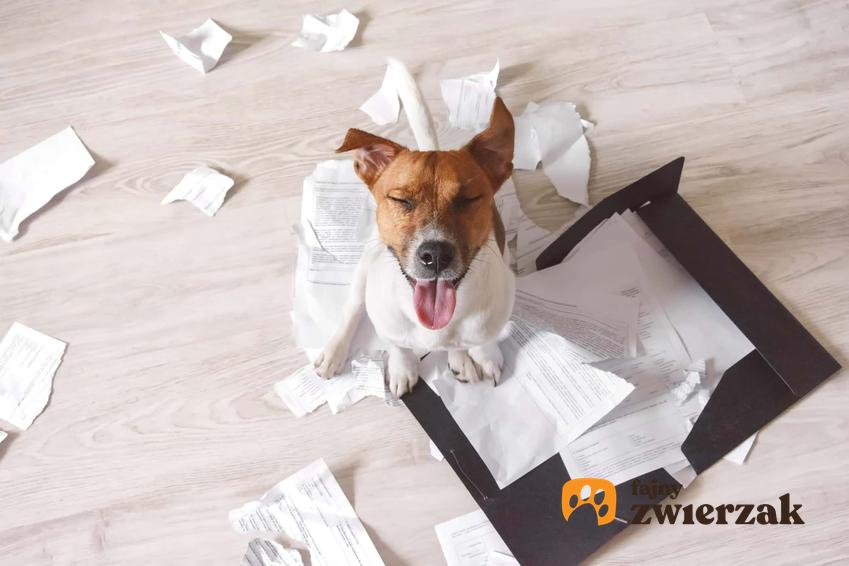 Properly conducted puppy training develops appropriate habits and behaviors. This is where a frequently asked question arises. How to punish a dog for bad behavior? Can disciplining or hitting a dog bring real benefits? How to discipline disobedience and what to avoid?

For more advice and information, check out the training articles here.

Puppy Misbehavior or Adult Dog Disobedience – How to Never Scold a Dog?

Before answering the question of how to punish a dog, we must first discuss human behavior that never produces the desired effect. Unfortunately, some people still use negative reinforcement training. This is discipline, catching the dog by the neck, and even slapping the dog. Such discipline for disobedience has nothing to do with training, and the results are usually completely counterproductive.

Punishment as a training method was introduced by Konrad Most, who believed that dogs needed to be dominated. This domination was to be achieved by punishing, grabbing the neck and forcing obedience. The negative reinforcement method even included hitting a dog and rebuking disobedience constantly. The training techniques introduced by Most were quite brutal and required absolute submission from the dogs. As a result, there was biting, fearfulness, aggression and a lack of trust in people. Fortunately, the theory of domination popularized after the Second World War has already been completely disproved.

In the twenty-first century, we already know that slapping a dog, grabbing the neck or verbal scolding are not the most effective training methods. Zoopsychologists emphasize that hitting a dog, grabbing the neck and brutal punishment can trigger anxiety aggression in a dog. It is already known that the animal-human relationship should be based on mutual trust, not fear. By causing anxiety aggression, it is difficult to talk about the attachment of a pet to its owner. As a result, biting, loss of trust in people, and a host of other undesirable behaviors can occur. Therefore, we must emphasize that slapping a dog, scolding a dog or catching an adult dog by the neck are not an appropriate training method. In their place, it is worth focusing on positive reinforcement. According to zoopsychologists, it is very important to properly motivate your puppy and build a lasting bond with the handler. We can punish disobedience and bad behavior in a completely different way, completely avoiding aggression towards a pet.

Positive puppy training according to zoopsychologists

Loud barking, persistent biting of slippers by a puppy or inappropriate behavior during walks do not have to be associated with penalties. According to psychologists, positive reinforcement turns out to be a much more effective method of training.

The positive reinforcement method is based on the introduction of a reward system. These can be your favorite snacks, loud verbal praise, stroking or starting to play. It’s easiest to develop positive habits by rewarding your puppy and adult dog. Moreover, treated in a gentle manner and regularly awarded, the dog will repay you with its loyalty and great trust.

The method of positive reinforcement requires full self-control from the owner. The dog’s body language is also important, as it can tell us a lot. Teaching a young puppy to clean would be a good example. Body language (spinning in a circle, sniffing, barking at the door) can be a signal that your pet needs to go outside. At this point, we go out with the dog, and if he takes care of his needs outside, we reward immediately. As a result, we will obtain the desired behavior, and the puppy will be more willing to communicate his needs and defecate outside instead of at home.

How to punish a dog? Effective punishment that ignores aggression

How to punish a dog for barking, bad behavior or even for being bitten? Most of us imagine that punishment involves aggression, spanking or shouting. As we mentioned at the very beginning, punishing a puppy by slapping or screaming does not give satisfactory results. So how to punish a dog for bad behavior? How to be successful and discipline so as not to spoil your relationship with your pet?

One of the answers to the question of how to punish a dog for bad behavior is to introduce verbal reprimands. Every dog ​​should know the corrective command. It could be “not allowed”, “fe” or a different word the dog can understand. The purpose of entering a corrective command is to stop unwanted behavior (e.g. barking at another dog while walking, biting trouser legs). A corrective command must be issued during the duration of the misbehavior. It is no use yelling at a dog for a few hours after breaking a vase or peeing on a rug.

The second way to effectively discipline your dog is to deprive him of the expected benefit. When you own a small puppy, you often notice various forcing behaviors. Slipper bite, loud barking or a squeal to play. Unfortunately, we cannot always provide the dog with our full attention. Ignoring the forcing is no benefit, which in turn will result in extinguishing the habit. We do not have to spank the dog to make it notice that the behavior is not bringing him the expected benefits. Also check see this article for tips on how to teach your dog to jump at people.

How do I react to a dog’s bite? Body language and contact with a zoopsychologist

Punishment in the form of taking the expected reward or verbal reprimand not always effective in urgent situations. How do I react to my pet’s bite? First, we need to be aware of what a dog’s body language is. Second, see what is causing aggression in your pet.

Body language such as snarling and snapping teeth in the air are the first clear warning signs. Ignoring them can cause further problems. Dogs generally do not bite for no reason, but only when they feel there is no other option. There is no clear answer to the question of how to punish a dog for aggression and biting the owner. It all depends on the circumstances. We certainly cannot try to dominate the pet, as it may lead to further aggravation of the conflict.

After the bite, there is usually a phase of calming the dog down. We can use this moment to separate the pet. Then it is worthwhile to calmly analyze the causes of the event. Perhaps the bite was related to a sense of threat or a defense of resources. The best solution turns out to be contact with a zoopsychologist. A good specialist will be able to determine the cause of the problem and will suggest how to implement consistent training tailored to individual needs.

If you want more advice from a zoopsychologist or find out if a dog is an eternal child, check out the rest of the articles on this site. You will learn from them how to train and care for a puppy, as well as learn about the basic requirements of pets.