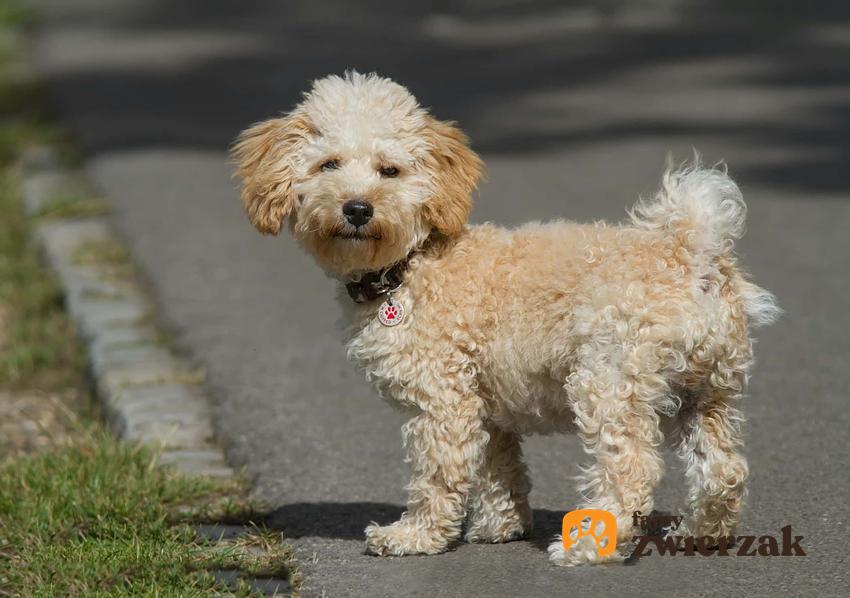 Cavapoo, also known as cavoodle, is a hybrid, created from the crossing of two breeds: cavalier king charles spaniel and miniature or medium poodle. These breeds are included in group 9. FCI – Decorative and Companion Dogs. Currently, these crossbreeds are becoming more and more popular, although there is no future for them – they will certainly not be recognized as a separate breed. Let’s meet cavapoo.

If you’re looking for more advice and information, check out the purebred dog articles here.

Cavapoo – is it breed, history, how it was created, features

The idea and the appearance of a hybrid

The idea to create a cavapoo hybrid originated in Australia in the 1990s. The breeders who came up with such a combination wanted to get a small, compact dog with non-shedding, hypoallergenic hair and an attractive exterior. The first litters born were very varied in terms of external features, but they liked them so much that soon hybrid lovers in the United States became interested in them. This is where cavapoo made his greatest career.

The name of the hybrid – cavapoo or cavoodle – comes from the combination of fragments of the names of the original breeds: cavalier spaniel and poodle, in two configurations that function essentially equally, although cavapoo is the more known and more frequently used name. The names of other hybrids are created in the same way. For example, a cross between a Maltese and a miniature poodle is maltipoo (maltese + poodle), and a cross between a Labrador and a poodle – labradoodle (labrador + poodle). In all cases, however, it is a crossbreed and not a new breed.

In Poland, hybrids are also enjoying increasing popularity, and their breeders (although it is difficult to apply this term to them) have established their own association – the Hybryd Breeders Association, where you can learn how to breed dogs from crossbreeds of various breeds. Cavapoo is also bred under the name of this organization.

There is no cavapoo pattern. This hybrid was created, like all the others, not by biologists specializing in genetics, but by amateurs, not quite able to define in detail what features a hybrid should have. Everything happens by chance. Only a few breeders, having any assumptions, use breeding selection and leave individuals for further reproduction that – in their opinion – meet the expectations.

A Cavapoo can be small or medium-sized, with a slight or slightly bulky build, with poodle-curly hair, or with a long and wavy coat like a Cavalier Spaniel. The starting breeds have drooping ears, so the cavapoo cannot have any other ears. Pendulous ears are recessive (yielding) in relation to standing ears, the gene for hanging ears must be present in both parents, and this is what happens in this case. The muzzle, on the other hand, may be of normal length as for a poodle or flattened as for a cavalier. Brachycephaly (shortening of the muzzle) is also inherited recessively and obtaining a cavapoo with a flat muzzle is possible only in the F2 generation.

Other features of the cavapoo appearance:

Cavapoo – does it make sense to create hybrids?

Creating a new breed is a laborious and lengthy process. It starts with the theory – defining the goal and methods and ways to achieve it. This requires many years of work, supported by scientific research, based on a thorough knowledge of the principles of genetics, methods of inheritance, properties of individual genes, methods of consolidating the desired features and eliminating undesirable ones. Only then does the selection of ancestors who can give offspring with the expected characteristics begins.

It should be realized that by mating two individuals of different races, you will never obtain in the first generation (F1) offspring with the characteristics you want to obtain. To understand this, you need to understand the basic principle of inheritance. Well, the descendant always receives 50 percent from each of the parents. his gene pool. Genes are arranged in chromosomes arranged in pairs. There are 39 pairs, which means the dog has 78 chromosomes. In each of them there are places strictly defined for individual genes. In each pair of chromosomes (one from the mother, the other from the father), these places correspond to each other – the genes located in them are responsible for the same features. Such a place is called locus (pl
loci). For example, in a dog at locus A there are coat genes, e.g. red and black and tan. If you associate a ginger (like a Vizsla) bitch with a black and tan (like a Polish hound) dog, then in locus A the puppy may have the red gene from the mother and the black and tan gene from the father. What will the puppy’s color be?

Whoever thought that the puppy would be a color between the two would be wrong. In this example, the puppy will be red after its mother. Why? Because some genes are dominant, some are recessive (retreating), and the red color gene is dominant over other variants (alleles) in this locus. So, no matter which allele the maternal ‘red’ allele encounters, the F1 pup will be red, and the other allele (paternal black and tan) will be dominated and invisible, but may be passed down to the F2 offspring. If it is met in a subsequent mating with the black and tan allele, black and tan puppies may be born. This principle is illustrated in the tables below.

At – black and tan gene

AyAt – heterozygous ore (carrier of the black and tan gene)

This is just one feature and the principle of heritability. But you should be aware that there are thousands of these features and they inherit – to put it very simply – according to this pattern, but not always the same. Hence, in hybrids in the F1 generation, a large “spread” in appearance, also occurring in the next generations. That is why it is so important to establish the goal to be achieved, mentioned earlier, and then to strictly select breeding and leave for further reproduction only individuals that are close to the intended one. In this way, at the end of the 1980s, the breeding of the Polish hunting spaniel began. It has been going on for about 40 years, and this breed is still not recognized by the FCI and is present at shows in the group of unrecognized breeds, without the right to titles.

Therefore, if someone, when asked how to start a breeding of cavapoo dogs, replies that it is enough to cover a cavalier bitch with a poodle or vice versa – he is very wrong. Unfortunately, this is how hybrids arise – without any scientific basis or practice. And this is not limited to knowing when you can bathe your puppy and what to feed him. Also check this article on dog breeds with hair instead of fur.

Character, care and health of cavapoo

In terms of character, a Cavapoo is a great unknown, because it inherits its features from both the Cavalier and the Poodle. It is not known which of these features the puppies will have, because each breed is different in this respect. Poodles are very intelligent, mobile dogs, willing to learn and in need of exercise, after all they were hunting dogs. The Cavalier Spaniel is a typical sandworm, very attached to its guardian and with a sensitive psyche. Of course, hybrid puppies will certainly not be defense dogs, but it is not known what traits will prevail in them – an energetic, quick-witted hunter or a “subterrier”. In any case, puppies need to be socialized in order to have good contact with humans and to be easy to manage.

Cavapoo care also depends on the type of coat inherited. Anyway, its structure can be assessed only in an adult dog. It is not known whether it will be curly and without an undercoat or straight or wavy with an undercoat. It is not always known what color the puppies will have. However, brushing is always good, and if an adult dog needs it – also periodic haircut, like in a poodle. Regarding when a puppy can be bathed, the answer is that it is better later than too early. There is no need to bathe the dog, if it has not got dirty, for example, with paint or has accumulated in impurities.

The risk of acquiring cavapoo is considerable. Well, the parent breeds are prone to a variety of health conditions. Therefore, you never know if these inclinations have not accumulated in a given puppy. After all, no one does tests for parents, these are not dogs registered with the Polish Kennel Club. So this is one more reason not to drive the hybrid market and definitely buy pure breed puppies, with birth certificates, from tested parents.